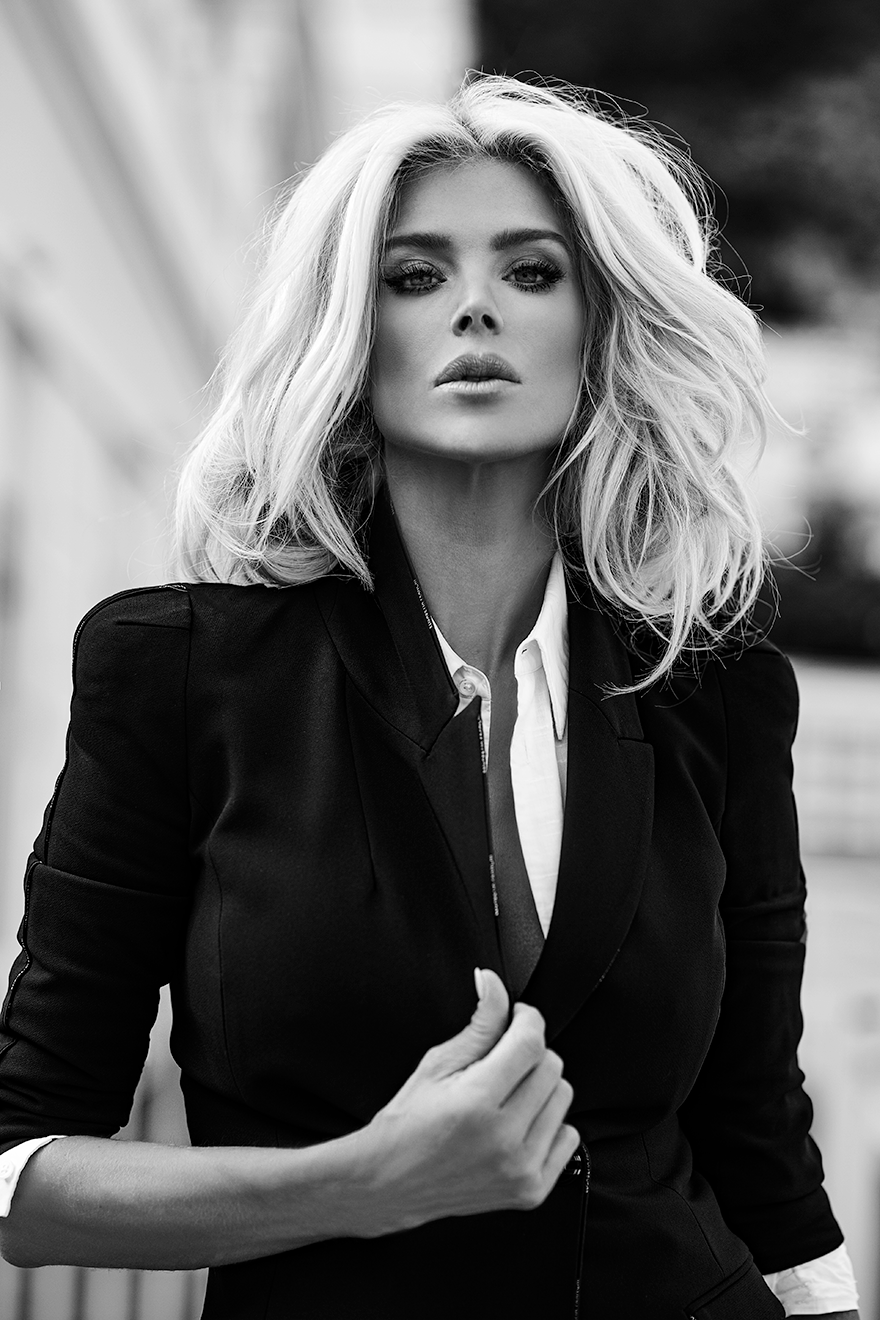 After the stunning beauty became a Finalist at the 1993 Miss World Pageant, Victoria was discovered by a Parisian modeling agent and began a career in high fashion working for highly selective fashion giants such as Chanel, Christian Dior, Loris Azzaro, Givenchy, Valentino and Giorgio Armani. It was in the fall of 1996 when Victoria’s career path took another unexpected turn. Hugh Hefner offered Victoria an opportunity to do a “quick photo shoot” for Playboy. Since Playboy Magazine is not distributed in Sweden and the European equivalents have far less visibility than in the US, Victoria had no idea what she was about to do. The “quick photo shoot” and “right back to Paris” of late October turned into a December 1996 Playmate of the Month and 1997 Playmate of the Year distinction in 4 short months. A free-spirited European, Victoria herself is often amazed at the more conservative-minded people’s reactions to a simple set of photos taken six years ago. Never to back down from a challenge, Victoria has worked extremely hard over the last years to “re-invent” herself and burnish the typical playmate image. As with everything that she does, Victoria persevered. Within a year, Victoria not only dropped the playmate stigma, but elevated herself as a world-class, high-fashion model by landing one of the most sought-after modeling contracts in the world – the GUESS? Print Ad and Spokesmodel campaign for 1998. Victoria still remains a highly visible part of the modeling scene. She is featured on covers and countless celebrity feature interviews/layouts for mainstream magazines such as GQ, MAXIM, FHM, and GEAR both in the United States and in numerous European countries. Victoria’s professionalism, beauty and class have also enabled her to successfully represent a number of major brands as a product spokesperson including Nike, Renault, Coors, Radisson, Killian’s, and Blockbuster.